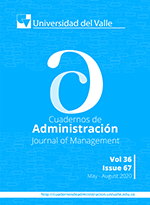 This paper presents a detailed review of the most recent studies on gender-related work gaps that the leading entities of global governance have developed. Emphasis will be placed on the findings that point to persistent lower female participation in the field of work, lower wages, and little representation in senior corporate management positions and the public sector. The reviewed studies come mainly from entities leading the lawmaking actions of national governments, namely, the United Nations (UN), the International Labour Organization (ILO), the International Monetary Fund (IMF), the World Bank, and the Development Cooperation Organization. All agree that women face new and complex challenges, such as those brought on by the technological and scientific transformations that are changing the world’s labor scenario, in addition to the already existing gaps. Issues such as digitization, automation, artificial intelligence, and other emerging technologies will further transform society. Such effects could profoundly impact women because, despite being trained in varied branches of knowledge, they are an underrepresented minority in the fastest growing areas, namely, the so-called STEM (the acronym for Science, Technology, Engineering, and Mathematics). Therefore, the above entities suggest actions that prevent the progress made from rapidly eroding and the emergence of modern forms of segregation, displacement, or precarization of women’s work.