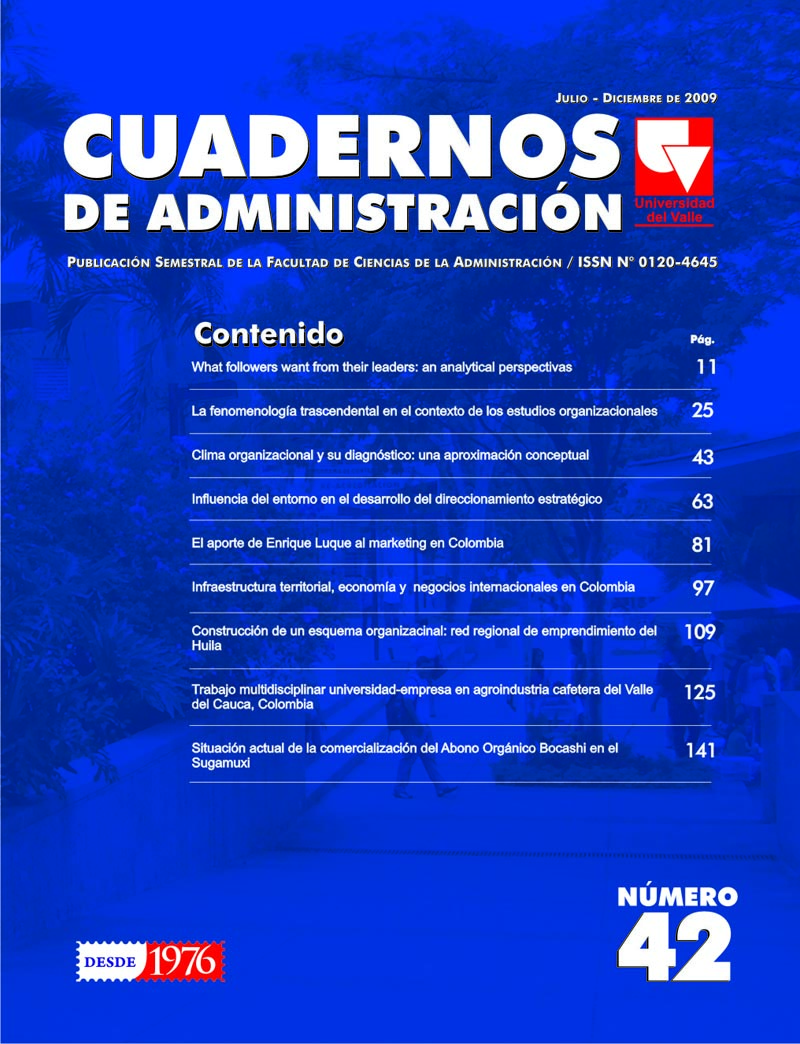 This article has as its purpose describe and analyze the influence of external factorson the environment in the development of strategic planning, as action derivedfrom the identification of opportunities and threats to the establishment of themanagerial strategy. In the analysis of the environment, are described a diversity offactors (economic, social, political, technological, demographic, juridical, cultural,geographical, environmental) where the managerial administration should be coherentwith the influence of these factors, with the purpose of offering concrete results thatcontribute to the obtaining of economic and social benefits, with the alternative ofsurvival, profitability and growth. The investigation, of analytic-descriptive type,with emphasis on case studies, had a scope covering four companies of the Valle del Cauca state during the period 2007-2008, with results that describe the environmentlike an orientation of the action-administration, without which it would be impossibleto survive, to such a point that some managers qualify the environment like theniche of their business, since it is their source of revenues. The importance that themanagerial directives have on the international environment was established, due tothe movements of globalization and internationalization of the economy