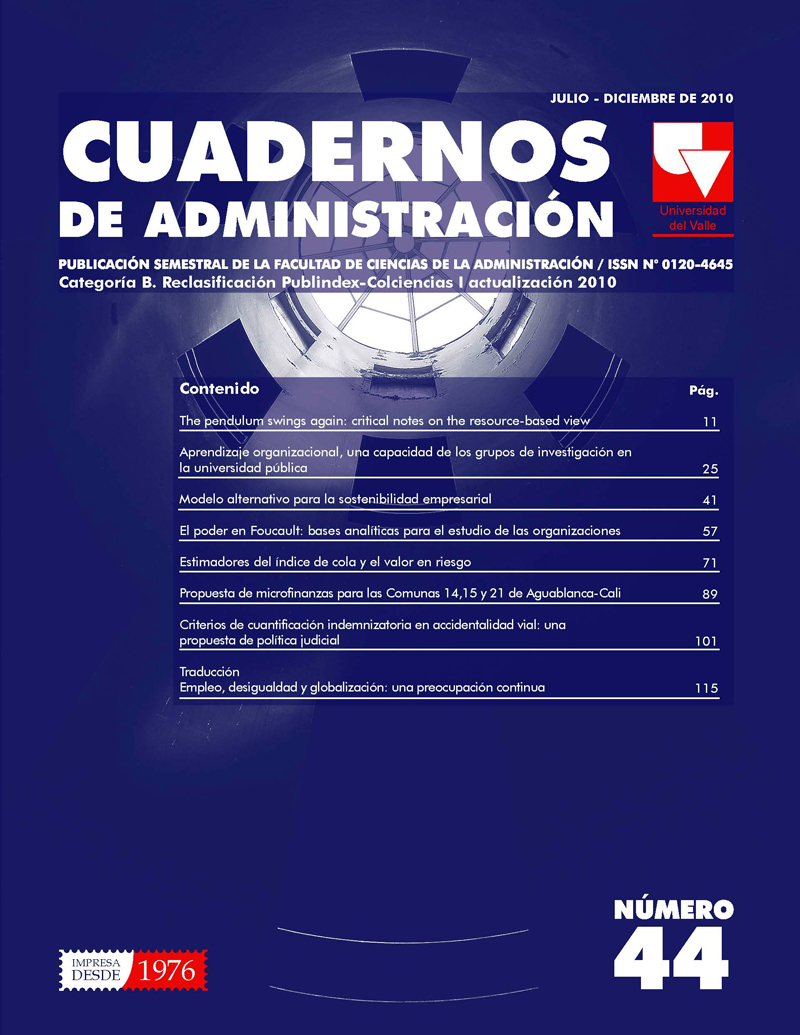 By means of a methodology of surveys applied to people over 20 years old from the Communes 14, 15 and 21 of the Aguablanca District, a first work of investigation* was realized related to the perception and acceptance of the mechanisms of civil participation and of social control of the inhabitants from that area. With this work a socioeconomic characterization was made establishing the socioeconomic stratus, the economic activity, their civil status and educational level, showing that, more than 90% of the population are located in stratus 1 and 2, with informal independent economical activity, demanding extra banking market resources, and without a chance of being the objective market of the traditional financial system who’s in accordance with the last part the Group of Investigation of Companies of Solidary Economy , in agreement with the Paz y Bien Foundation and Semilla de Mostaza (Seed of Mustard) Association, suggest the need to make an offer of an entity that could advance microfinances, adjusting itself to the Colombian legislation and regulations, which in equal manner recognizes in it’s philosophy and occupation the postulates of the model of the Bank Grameen, founded by the Nobel Peace price winner Muhammad Yunus.