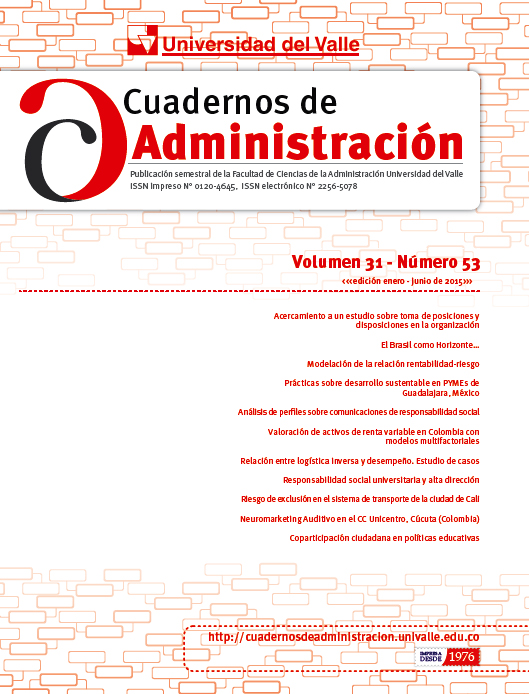 Authors
Abstract
The study that led to this document was developed from different measures implemented by management in an organization, which sought to transform ways of working and of relating. The purpose was to expose that the positions and the taking of positions by workers were important factors in the transformation in this organization’s culture. For this, the exposition is supported by the postulates of Bourdieu (1995, 2000) and by Emirbayer and Johnson (2008). The study produced empirical data with workers and directors through interviews, focal groups, surveys, observation processes, and analysis of documents. Thus, the text exposes: a) how the culture transformation was promoted, b) apprehension of new cultural traits and the participation of the habitus in this process, c) actions undertaken by workers and the symbolic exchange with the organization, d) tensions traced and the groups created among workers, product of their position taking, which suggests that within this cultural transformation process and the taking of positions the workers have played a fundamental role
Author Biography

You may also start an advanced similarity search for this article.