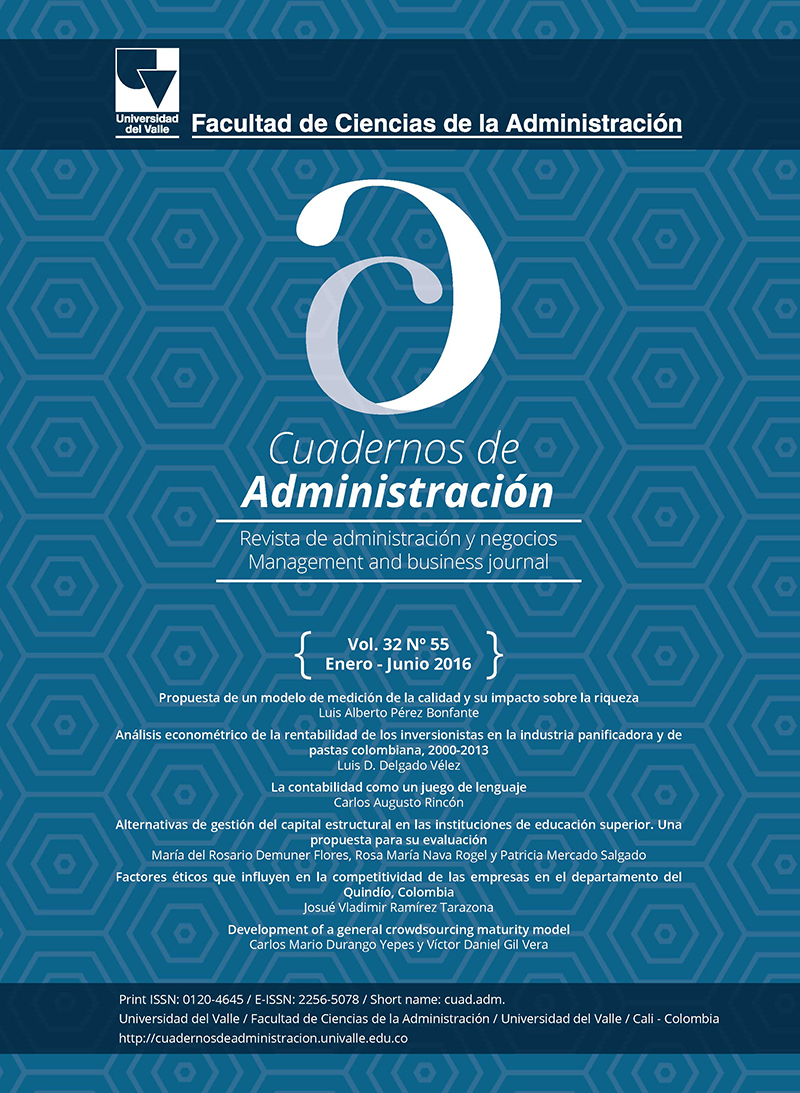 Authors
Abstract
This article conceptualizes accounting as a language game, to clarify its meaning. Language, because it includes communication in its purpose on an economic phenomenon, on which it specializes, instituting tools to describe it; based on the needs, interests and intentions of some users. It holds in an analog way all the elements of language: sender, receiver, message, context, code, channel, barriers and failures. And game, because it recreates a scenario own of semiotic, semantic, syntactic and pragmatic rules to elaborate the information, which influence on the behavior of financial actors, depending on their position as transmitters or receivers. Accounting, as a language, is a complex way to see the understanding of its “being,” which is directly related to its work; but the detail of its doing does not define its being. Observing the accounting sense as game and language is performed with the phenomenological-hermeneutical method, to access an ontological understanding of: What is accounting?